“On est ensemble” is a typical Congolese expression often used to convey a sense of belonging and care when two people are parting for the day. It is indeed together that the most beautiful things are achieved and the members of the Salvation Army church in Sangolo are truly aware of it. 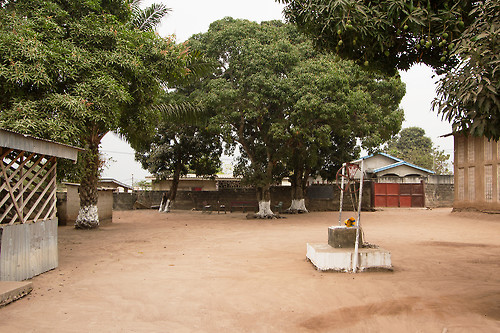 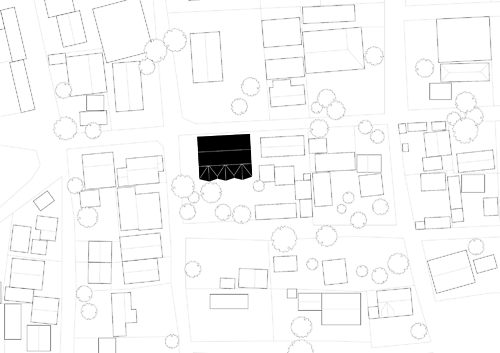 Even with limited financial means, the community has the will and the time to self-build the extension of their church which they outgrew a while ago. A straightforward and minimal intervention, based on local know-hows and materials, was therefore developed. 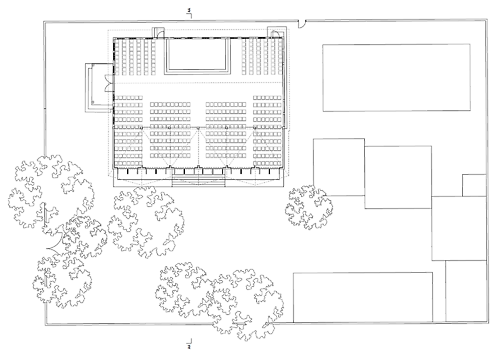 The addition extends the hall in one direction, its roof following the slope of the existing one but detaching itself on three spots. Those three pediments enhance natural lighting and ventilation while giving a unique character to the church. The hall orientation is rotated by 90° to allow for a better visibility while accommodating 120 additional seats and giving a greater importance to the yard planted with magnificent mango trees. 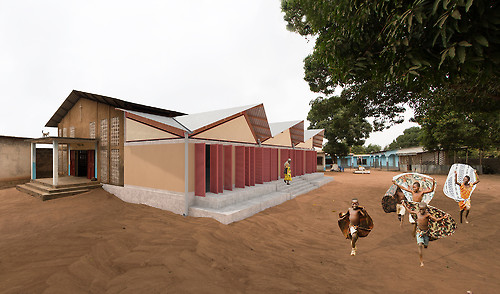 During special celebrations, the crowd is too big to fit entirely inside. It will now be possible to open the shutters between the pillars made of compressed earth bricks to allow for the ones left outside to take fully part in the event, tous ensemble. 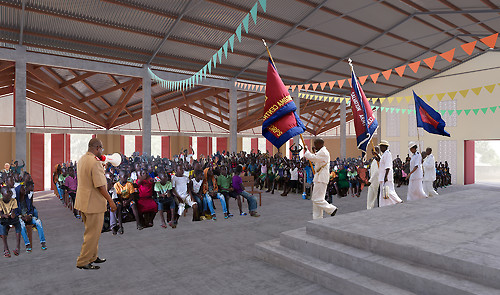